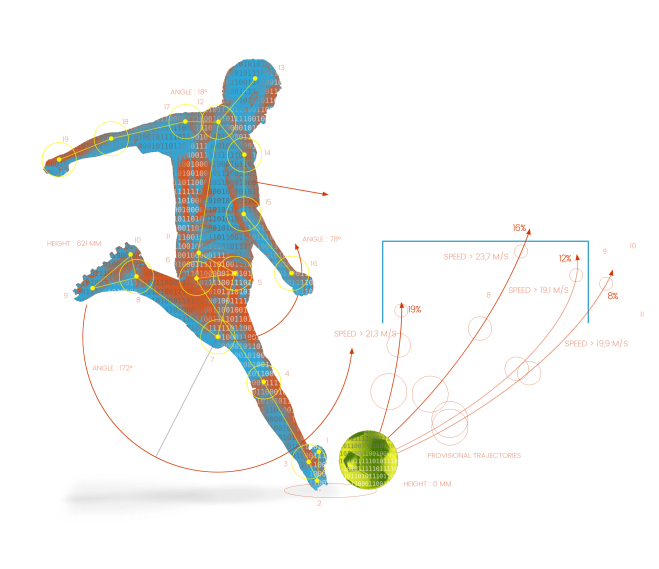 “What in the world do you mean by Kevin De Bruyne had an xA (Expected Assists) of 15.8?”

“How can I measure whether a team is pressing correctly or not?”

“Mason Greenwood is regressing to the mean? Can you talk English, please?!”

If you’ve asked these questions (maybe directly or maybe just in your head), you’re not alone! The rise of data in sports has seemingly prompted a horde of analysts to come out of their shells and start spitting all sorts of odd-sounding metrics at a football fan.

It can sound intimidating to a person who’s been watching football for a decade or two (or maybe longer). You feel you’re being left behind and that these “nerds” should leave football to the romantics. This isn’t a numbers game, this is a feelings game. That feeling you get when you watch your team week in week out, the anguish of losing and the ecstasy of winning – it’s all part of our romanticism of this beautiful game.

Here’s the thing – whichever side of the fence you are on, the use of analytics in football is not going to stop. It’s already part of mainstream football broadcasting and it will continue to become a major player in terms of analysing how your team or your favourite player have been performing.

Is that a good or a bad thing? That’s a question I’ll leave to you to ponder. It’s a very individual-focused question. What I want to do here, is bring out the most popular football analytics metrics that are in play these days.

My aim is to support any football fan who:

If you fall in any of the above categories, this article is for you. Like it not, these metrics are part of football parlance and we all can get on board now while it’s easy to understand (or later, when it’ll become even more complex).

With that out of the way, let’s dive straight into the top 6 football analytics metrics you should know about.

Here are the Football Analytics Metrics:

Disclaimer: This is by no means an exhaustive list. These are just the basic metrics you should learn about before you move on to the slightly advanced ones. I’ll cover those in a separate article soon.

Where else could we possible start? The one metric to rule them all (The Lord of the Rings fans can fill in the rest :)).

The Expected Goal metric, or xG, tells us the likelihood of a player scoring a goal based on the situation he/she is in. xG assesses every chance to give us the probability of a shot finding its way into the back of the net.

The higher the xG, the more chance the shot should be a goal. Given that this is a probability number, xG falls between 0 (no chance) and 1 (maximum).

Here’s how his xG would work:

And this is just scraping the surface! Calculating xG is a complex thing these days with a seemingly infinite number of factors at play. As a fan, you just need to understand this – when Salah takes a shot, what is the probability it will result in a goal? In this particular shot scenario, Salah’s xG was 0.02 (or a 2% chance of scoring).

If that sounds low, it is! The idea behind xG is to accurately depict the prowess of the shot taker. And here’s what I want you to take away – you should not judge a player based on his xG per match. This is a statistical metric – which means it will vary from match to match.

I’ve written extensively about xG here. Go ahead and take a deep dive!

I’m sure you’ve got an idea what xA, or Expected Assists, are.

As Opta puts it:

Expected assists (xA) measure the likelihood that a given pass will become a goal assist. It considers several factors including the type of pass, pass end-point and length of pass.

Adding up a player or team’s expected assists gives us an indication of how many assists a player of team should have had based on their build up and attacking play.

Not all assists are the same, but xA aims to bring it all under one umbrella. Now here’s the curious part – if a player had an xA of 9.2 last season but he delivered 15 dimes (these are Eden Hazard’s numbers from his last season at Chelsea). What does this gap tell us?

One of two things:

It’s not a perfect metric but it gives us an idea as to how creative a player is (and is he being let down by his team mates?). An example – Harry Kane had wracked up 14 assists last season (highest in the Premier League). But what was he expected to achieve based on his passes? His xA was 7.4!

His partnership with Son contributed HIGELY to Kane’s assists numbers going up. I hope you’re starting to get why football analytics is such an intriguing field to look at!

This is one of my favourite football analytics metrics. Shot Creating Actions, or SCA, help us understand who is the most involved player in a team (or a league). Or who is the most creative team in a league or a continent.

The two offensive actions directly leading to a shot, such as passes, dribbles and drawing fouls. Note: A single player can receive credit for multiple actions and the shot-taker can also receive credit.

It’s fairly easy to understand, right? Here are the Premier League rankings by the SCA metric from last season:

So how do you interpret this? This table tells us that, rather unsurprisingly, Manchester City were the most creative team in the league while Sheffield United and West Bromwich Albion were the least creative. SCA is a good metric to look at over a season to evaluate a team’s performance.

Again, no surprises there. De Bruyne is an elite creative player and he’s head and shoulders above the rest. By the way, if you’re interested, go to fbref.com and check out Lionel Messi’s SCA as compared to the rest (over the last 5 seasons).

And then come back and tell me he’s not the best player in the world. I dare you.

The two offensive actions directly leading to a shot, such as passes, dribbles and drawing fouls. Note: A single player can receive credit for multiple actions and the shot-taker can also receive credit.

For the sake of changing leagues, here’s how the Spanish La Liga teams measured up in terms of the GCA metric last season:

And here’s how the players fared:

See what I mean about Messi? It’s not even CLOSE.

And now we get into the possession metrics for football analytics. This is where things get a little tricky. Measuring attacking intent is easier because football is meant to be an attacking game. You can measure goals and assists, but how do you measure possession? How do measure whether a team presses correctly or not?

The PPDA metric helps us understand the latter. Here’s Opta’s definition of PPDA:

This is a team metric that helps us understand how well a team presses. Before you look at the table below, take a guess – who would’ve been the best pressing team in the Premier League last season?

Of course it’s Marcelo Bielsa’s Leeds United. Nobody holds a candle to their pressing! The numbers were slightly higher last season because of the pandemic affected scheduling which meant teams were playing every 4 days. Fatigue kicked in around March and teams dropped off a little bit.

You can expect to see lower numbers this season for sure. Keep an eye out.

This is an interesting metric. Pioneered by Opta (no surprise), team sequences:

Explores team style using The Analyst’s sequence framework. Using sequence time and passes per sequence, we can assess a team’s approach in terms of how they move the ball. Using direct speed, we are able to identify who progresses the ball quickly. – Opta

Here’s how the Premier League played out in terms of team sequences last season:

The top 5 are as you would expect. I was a little surprised to find Arsenal there but Mikel Arteta is trying to get them to follow a possession-based approach (with no end result unfortunately).

David Moyes’ West Ham enjoyed a successful campaign by adopting a less possession-orientated approach, recording the lowest average sequence time and passes per sequence of any side in the top ten, as well having the fastest direct speed of any team in the competition (1.68 m/s).

There you have it. A list of 6 popular football analytics metrics I feel every football fan should be aware of. Whether you want to dive deeper or want to run as far away from them as possible, I hope this article gave you an insight into what the future of football looks like.

Feel free to drop me any questions below. I’ll see you in the next article where we dive into more advanced metrics!