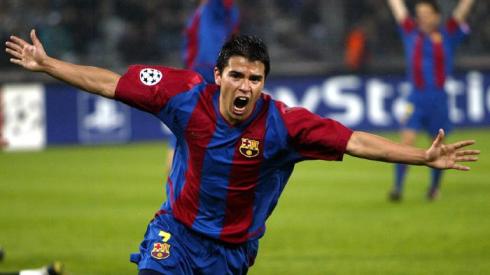 October, 2008 – It’s a cool, balmy autumn evening in Madrid. The hosts, Real Madrid, are cruising to a routine win over BATE Borisov in the Champions League and Gonzalo Higuain, Royston Drenthe and Javier Saviola warm up on the touchline, hoping to be called into action. The Real Madrid assistant manager, Manolo Ruiz, waves over Higuain and Drenthe to come back to the bench and get ready to go onto the pitch.

Saviola, oblivious the fact that Real Madrid have already made their requisite number of substitutions, continues to limber up. It is at this point that his career, already nose diving over several years, hits rock bottom. Jerzy Dudek and Miguel Torres, on the Madrid bench, call him over and tell him he’s about to go on. Saviola starts taking off his training top only to be told by Manolo Ruiz that all three substitutions have already been made and he can sit down and watch the rest of the game from the dugout. The Madrid bench sniggers and jokes at Saviola’s expense who quietly places himself in the corner of the dugout, head down, resigned to be the butt of all jokes.

It may have been rib tickling humor from the other players’ perspective, but for Javier Saviola, it was brutal and unnecessary, and unfortunately, it only emphasised how a player once labeled the ‘New Maradona’, had turned out to be anything but. A career full of missed opportunities, of failed potential, hangs like an albatross around Saviola’s career.

That seems a little strange when you look at his list of honors: named as the youngest player on Pele’s FIFA 100 list of the greatest living footballers in 2004, gold medal winner at the 2004 Olympics, Copa America finalist, the Apertura top scorer, South American footballer of the year, and Argentina player of the year in 1999, among a few other accolades.

Being a Buenos Aires native, Saviola started his professional career at River Plate at the tender age of 16 and over the period of the next three seasons, he became a club legend. He banged in 45 goals in just 86 appearances (this was all during his teenage years!) and formed a lethal partnership with Pablo Aimar, Ariel Ortega and Juan Pablo Angel, collectively called ‘Los Cuatro Fantasticos’ (Fantastic Four) by the River Plate fans.

He was nicknamed El Conejo (the little rabbit), because of the way he scurried about the field, chasing after every lost cause, never giving up, too intelligent to be tackled and too quick to be stopped. I highly recommend checking out this video of all his goals in a River Plate shirt. Watching the video, you get a sense of how he got his nickname. Always too small for his overlarge shirt, always running with a tireless energy, and with a low center of gravity helping him keep his balance whenever the opposition tried to bring him down. A strange sobriquet for such a prolific goalscorer, but one that fit his playing style perfectly.

And boy, could he score. Left foot, right foot, head, outside the box, from a tight angle, near post, far post, this kid was the real deal. Ever since Maradona graced our footballing world, every single Argentine player showing the slightest hint of potential is seemingly burdened with the ‘new Maradona’ tag and Saviola was no different. Except, unlike most players who burn and crash out at an early age, Saviola was living up to the billing and he was dynamite.

To add to the 45 goals he scored for River Plate, Saviola scored an incredible 11 goals in just 7 games as Argentina won the FIFA Under-20 World Cup in 2001. He had announced himself to the world, and Barcelona were listening.

They paid a cool €15 million for him in July 2001, banking on his prolific record at River Plate and hoping that if he turned out to be anywhere near Maradona’s quality, it was be a gamble worth taking. Because you see, Barcelona were going through a period of mediocrity by their standards. They had finished fourth in the 2000-01 season, a massive 17 points behind their eternal rivals Real Madrid. Saviola arrived to huge expectations, a year on from Luis Figo’s controversial move to Barcelona’s hated rivals. The club needed a hero, they needed salvation from somewhere, and they were hoping to cash in on this young Argentine’s potential.

Unfortunately for both parties, Saviola was quite good but never good enough for the level Barcelona required. His first season in Spain was a success at an individual level, finishing as the joint top scorer in La Liga with 17 goals. Barcelona, however, finished fourth again but this time Real Madrid were third so perhaps not so bad after all? Valencia won the league that season under Rafa Benitez with another Argentine playing a key role for them – Pablo Aimar. One cannot help but wonder..

The next two seasons brought hauls of 20 and 19 goals respectively in all competitions but Barcelona had seen enough and decided he was surplus to requirements. He spent the next 2 seasons on loan at Monaco and Sevilla, winning the UEFA Cup with the Los Rojiblancos. He returned to Barcelona for the 2006-07 season, entering into the final year of his contract. He managed 10 goals in 24 appearances but a contract extension, perhaps not unsurprising at this point, was not forthcoming.

Spanish daily Marca reported that Saviola had offers from a total of 14 clubs but he turned them all down. Real Madrid came calling and, like most players, he found it impossible to turn them down. Quite how he thought he could get game time there is a mystery; they already had Ruud van Nistelrooy, Raul, Higuain, Robinho and Robben on their books, where exactly was he going to fit in? Maybe he chose Real Madrid to spite Barcelona, who he had felt hard done by, but the feelings were not mutual. There were not going to be any severed pig heads being thrown at the Nou Camp, no snide remarks by any Catalan official; Saviola was simply not that important (anymore).

His spell at Real Madrid reminds one of Michael Owen’s at Manchester United – did not start many games (only 17 over a span of 2 full seasons), did not score many goals (just the 5), but he did win La Liga, so at least his career in Spain did not go waste on an individual level.

He was shipped off to Benfica in 2009 for €5 million, and spent the next three years experiencing a renaissance – he bagged 39 goals in 120 appearances for the Portuguese outfit (24 in 69 in the league). He had spells at Malaga, Olympiacos and Hellas Verona after that and then moved to River Plate at the tail end of his career. Unfortunately, the sweet homecoming turning a bit sour when he failed to find the net in any of his 13 appearances before finally hanging up his boots.

He is currently the assistant manager at FC Ordino in the Andorran top flight, a far cry from the heady teenage years he experienced in Argentina.

Saviola was an excellent footballer, a prolific goalscorer when he had players who complimented his playing style, but having seen his remarkable stint at River Plate in his teenage years, it is hard to escape the fact that he could have made the transition from merely a good player to a truly elite level, had he made a few better career choices. Barcelona and Real Madrid are great clubs, but for young players who come in from other countries (and continents), the pressure, the lifestyle changes and the expectations can become too much and maybe that played it’s part in Saviola never really fulfilling that potential which he had shown so much of in his hometown. If he had accepted Manchester United’s offer in 2007 under the tutelage of Sir Alex Ferguson, who knows..