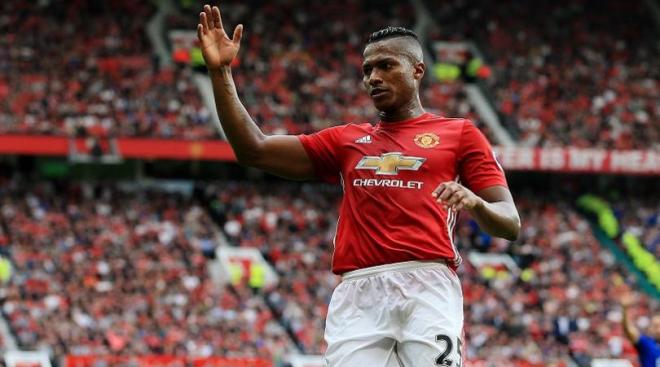 The tale goes that back at the business end of the 2010-11 season, Sir Alex Ferguson was irate with Antonio Valencia’s lack of application in a Premier League match and even though Manchester United went on to scrape a win (as they nearly almost did every time they played under the great Scotsman), Sir Alex told Valencia to take a day off and come back refreshed as he thought he looked jaded and in need of severe rest. In keeping with his ice cold demeanour and remarkable will to succeed, Antonio Valencia came back to the Carrington training ground the next morning at 5am and worked out in the gym for the next 3 hours till the other players showed up. The story doesn’t end here, however. He went on to break all sorts of personal pace and stamina records during the training session that followed epitomising this wonderful character who has seen off criticism and a horrendous ankle injury to make himself a vital cog in Manchester United’s machine. 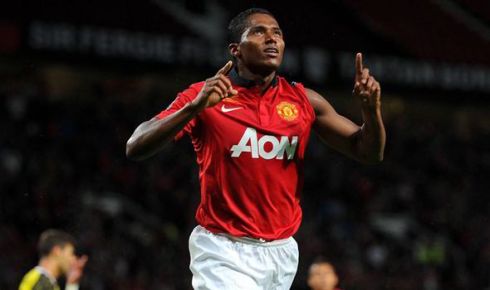 It’s easy to feel sympathy for Antonio Valencia – the Ecuadorian having arrived the same summer that Cristiano Ronaldo departed Manchester United for Real Madrid. A player, adored by United fans the world over, an icon and a club legend, valued at £80 million, out of the door and a low-key, one dimensional, one trick pony bought in his stead for £16 million from a relegation battling team. There were times in his United career when he was a regular recipient of scorn and ire from most Manchester United supporters (but to his credit he never once betrayed any sense of frustration in the media). Not that his United career started slowly – his debut season (2009-10) as a right-winger yielded Wayne Rooney’s most productive goal-scoring campaign of his career – but his one dimensional playing style did not do much to endear him to the United fanbase. Add to that the fact that he switched to the iconic No. 7 jersey only added to everyone’s frustration.

His has never been the case of shining in the lime light, though when he scored this absolute belter at Ewood Park to propel United closer to the title (Valenciaaaaaaa!), he did come close to sprinkling stardust on a usually shy and emotionless persona. Although he did not go completely under the radar, he did pick up the Players’ Player of the year award for his stellar 2011-12 campaign.

The most common (and not entirely unfair) accusation thrown at Valencia throughout his career has been that once he gets the ball, only 2 things are likely to happen – he’s going to shift the ball to his right and attempt a cross or he’s going to stand there and then pass it back into midfield. But Tony V, as he’s fondly known, knows a thing or two about playing that the average match going fan might not. His steady self assurance, incredible work ethic and a nearly inhuman will to improve himself allowed him to see off players like Shinji Kagawa, Nani, Gabriel Obertan (should he even be in this discussion?), and Park J-Sung (to a certain extent) among others.

Sir Alex was the first to try him at right full-back but the experiments were few and in between and David Moyes, during his ill-fated campaign, also experimented to mixed results. It was under Louis van Gaal, however, that Valencia truly excelled and transitioned himself into a full time right back. Van Gaal’s time at United might be looked on in a more favorable light a few years down the line given he heralded the careers of a few youngsters (most notably Marcus Rashford) but his most savvy and under appreciated move (typical to Valencia’s personality) might well have been to shift Valencia back from a right winger to a full back. 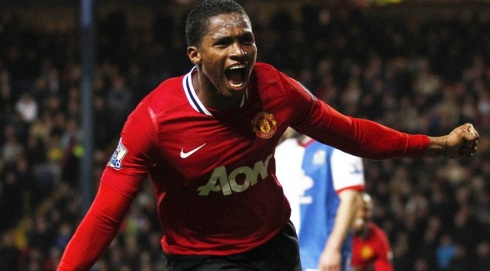 In hindsight, it makes sense – he’s severely one footed, has a very low goal scoring record, is one of the quickest players in the country, has an upper body strength of a battering ram and dovetails wonderfully well with whoever is in front of him. It did not take long for Jose Mourinho to realise what a gem of a player he had and once he did, Matteo Darmian, often thought of as the typical Mourinho safety first player, stood no chance of displacing Valencia.

“I think he is the best right-back you can have,” said Jose Mourinho in November. “There is no better right-back in football. It is a privilege for us to have such a good player.”

He does not have the swashbuckling intensity of Dani Alves, the passing range and footballing intelligence of Philipp Lahm or the goal scoring threat of Marcelo, but his weaknesses amount to exactly zero, when it comes to describing a full back’s qualities. Once he puts on the after-burners, he is impossible to stop and he can deliver a dangerous cross, something which most Premier League full backs (bar Hector Bellerin and Kevin Trippier) severely lack.

In recent years, as the traditional winger has gone out of existence to be replaced by the modern version of an inside forward, Valencia’s adaptability has reaped glorious rewards for the club. With players like Juan Mata and Henrik Mkhitariyan often driving inside to get involved, Valencia’s remarkable stamina becomes even more prominent as he shuttles up and down for 90 minutes.

“He’s been outstanding this season, Valencia. Probably the most consistent player in a red shirt.”

And it is indeed Gary Neville, more than Cristiano Ronaldo, who Tony V has come to replace at Manchester United.