I’m going to take a break from my football musings to write about a far more urgent and frankly, disturbing topic.

On the day when world No. 1 archer Deepika Kumari bowed out in the 1st preliminary round of the London Olympics, some shocking facts emerged from the Indian camp underlining yet again the ignorance of Government towards sports in the country. I will highlight 2 key points which emphasise my horror about the lack of attention given to athletes in this country.

1) Deepika Kumari has no idea about the London weather

Post-match, when she was asked to pin point a reason why she lost, Deepika said she had no idea that there would be any kind of wind in London and she didn’t prepare for those conditions. Are you kidding me? No wind in London?

Porupalli Kashyap produced a powerful yet stuttering performance to overwhelm Sri Lanka’s Niluka Karunaratne yesterday and when asked how he had prepared for the game, he said he hadn’t! He went on to describe how he studeis his opponents – via Youtube videos. That’s right folks, in the era of tapes and DVDs and High Definition television, Indian athletes are preparing for games via Youtube videos. And since there wasn’t a video of Niluka Karunaratne online, he went into the game blind and not knowing what to expect. 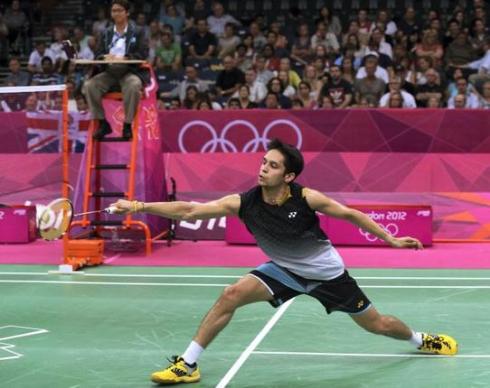 So yet again, India find themselves strugging for medals at a major event. A single bronze medal (by Gagan Narang) has been the only silver lining so far. India have no candidates left in Archery (no one made it past the round of 16), only the mixed doubles pairing of Leander Paes and Sania Mirza left in Tennis (and that’s because they haven’t played yet) and have lost their opening 2 games in Hockey (3 left to play and 1 more loss will essentially mean a group stage exit).

The Indians are doing well on the boxing front with Vijender Singh, Jai Bhagwan and Manoj Kumar fighting tooth and nail to keep India’s hopes of another medal alive. There are also lofty expectations of Saina Nehwal in Badminton who has looked in ominous form so far. The likes of Mary Kom (August 5th) and Sushil Kumar (August 12th) are yet to feature.

The Government said they had spent crores of Rupees in the training and preparation of these athletes. I ask you this, where exactly did that money go? Because clearly these athletes weren’t even close to being prepared for such a mammoth event. They were overwhelmed, overawed and truly outplayed by opponents with far more practice, training and support.

For a country with a population of over 1 billion, 1 bronze medal is a disgrace. I’m not someone who likes to compare but given that Kazakhstan (3 gold medals) and Lithuania (1 gold) have won more medals than us, it burns me with shame.

When will we wake up to the reality that there in an abundance of talent among us, waiting in the wings, waiting to be nurtured, waiting to be told that it’s not wrong to be a sportsman, waiting to be supported and given a helping hand. We can win far more medals, perform far better than we do and have done.

I want to wake up to an India with hope, rather than a country with dampening expectations who go to events jus to make up the numbers. We are far, far better than what we have shown. It’s time to open our eyes to reality – this is a time to grasp the opportunity with both hands and let Indian sports shine.